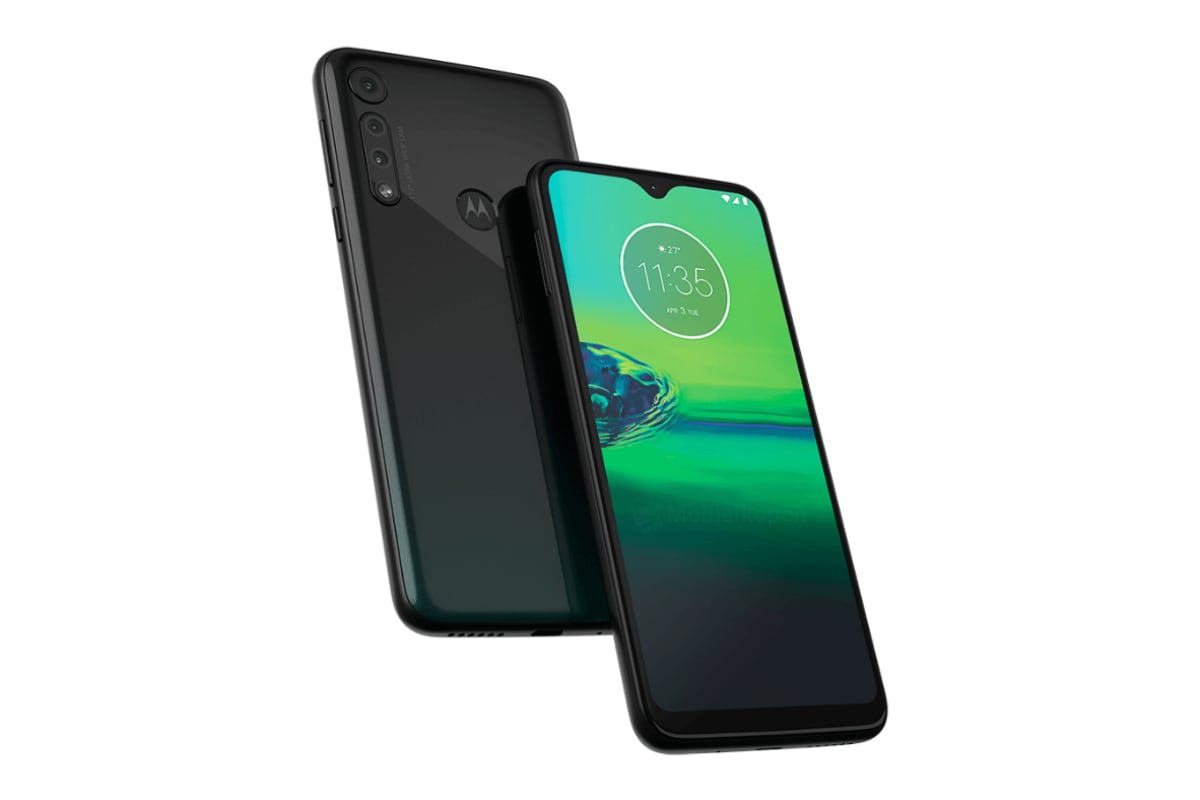 Moto G8 appears to have a waterdrop-style display notch

Dutch blog Mobielkopen has leaked the purported press renders of the Moto G8. The renders suggest that the new Moto G-series phone will come with a gradient back panel. The triple rear camera setup along with an LED flash module is also visible clearly in the leaked renders.

The camera setup has two sensors on a capsule-shaped housing that also includes the LED flash. However, the primary sensor seems out of the camera housing — just above the rest two sensors. The text available on the renders suggests that the rear camera setup of the Moto G8 would include a 117-degree ultra-wide-angle lens, though the resolution of the sensors hasn’t been provided.

At the front, the Moto G8 appears to have the waterdrop-style display and a thick chin — without the Motorola branding. The phone also seems to have a USB Type-C port at the bottom and a 3.5mm headphone jack at the top